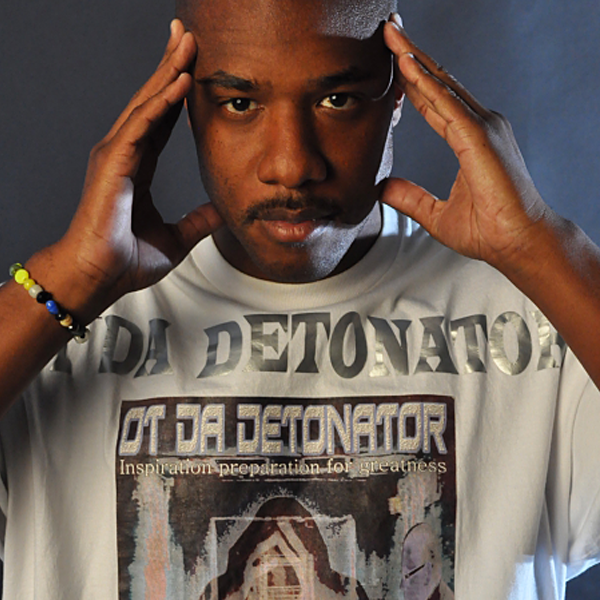 OT Da Detonator is a west coast underground veteran emcee with a career spanning 18+ years.  In 2018, he signed to Grim Reality Entertainment (GRE) and released the single "Wired Up" featuring JP Tha Hustler.  He was also featured on the JP Tha Hustler single "The Walking Dead" with Pawz One, which also dropped in 2018.

He released three albums under LP Entertainment before signing to GRE, titled "Legacy Identity," "Inspiration Preparation for Greatness" and "The M Album."  He released his debut album on Grim Reality Entertainment in 2021, with production provided by Lupah Phaiym and JP Tha Hustler, and guest features by Percee P, Phil The Agony, Pawz One and Slyzwicked.

TO INQUIRE ABOUT BOOKING AND PRICING ON COLLABORATIONS: EMAIL OT DA DETONATOR